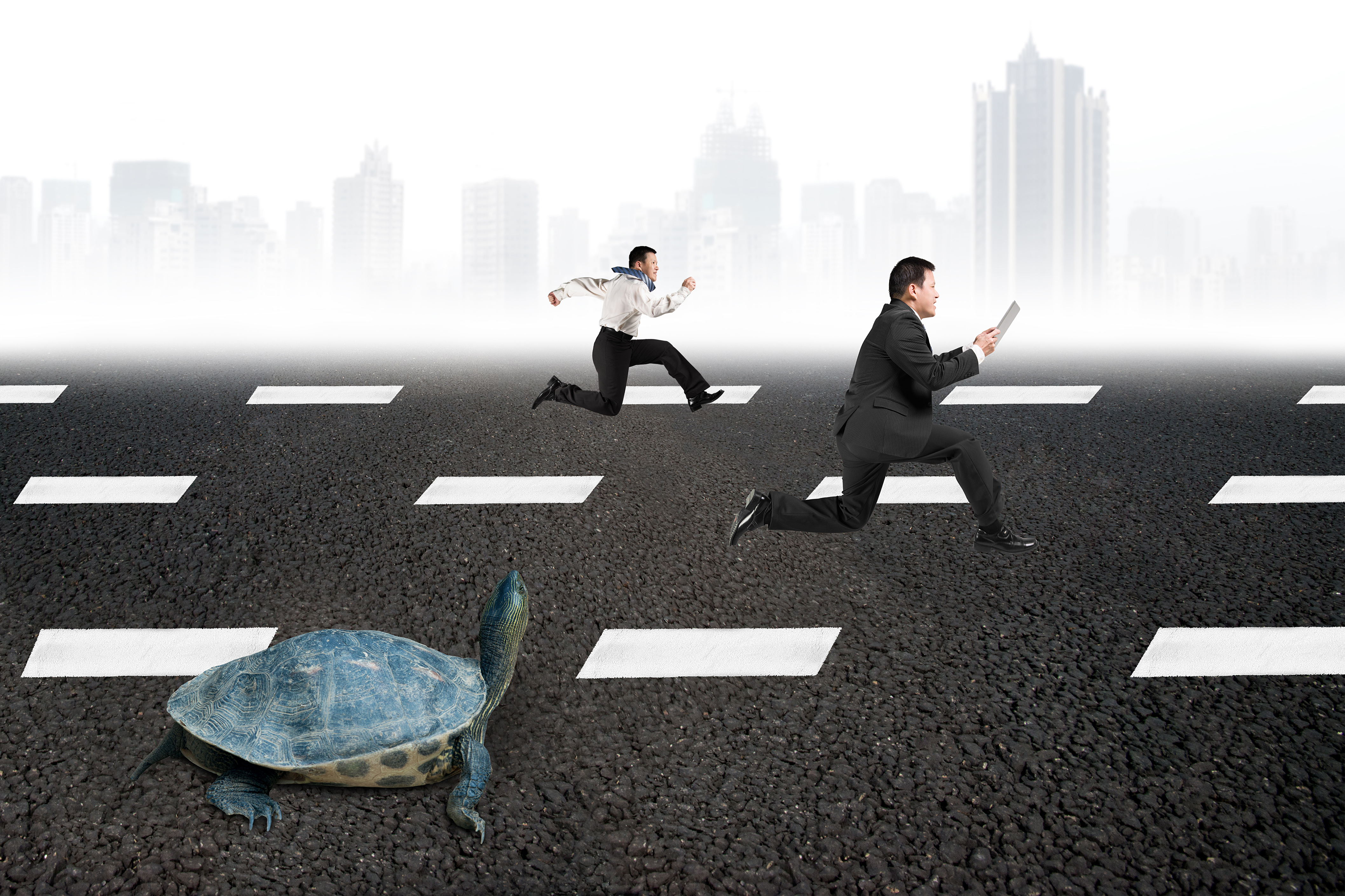 I was recently watching an episode of the TV show Winnie the Pooh with my son. And
the premise of this episode was that the animals were going to run a race to see who was the fastest. Everyone expected that they were the fastest, except Piglet, who is the smallest character on the show. They were all convinced that they would win the race and take home the trophy. However, the other characters easily became distracted and found themselves stuck in the mud. Piglet, instead of getting distracted, stayed faithful to the course and finished the race first, in order to use the finish line as a rope to rescue his friends. It is the classic tortoise and the hare type of story that reminds us how far too often we run distracted lives.

Dear Christian, if I could encourage you in anything in this coming year, it would be to slow down and be intentional. Far too often, we find ourselves stuck in the mud, because we have not considered the Lord’s path and instead have tried to make it out on our own. I’m sure you have heard or have quoted from Psalm 46:10, "Be still and know that I am God” as a way to tell yourself to not rush into a decision. But have you read the entire psalm?

This psalm has been titled God is our Fortress, and reminds us that we should
place our trust in Him and Him alone. “God is our refuge and strength, a very present help in trouble. 2  Therefore we will not fear though the earth gives way, though the mountains be moved into the heart of the sea, 3  though its waters roar and foam, though the mountains tremble at its swelling.” God gives to us comfort and hope. He offers a reason as to not fear, even when everything is going wrong.

This psalm also reminds us that God is steadfast, especially in these times of turmoil.
“There is a river whose streams make glad the city of God, the holy habitation of the Most High. 5  God is in the midst of her; she shall not be moved; God will help her when morning dawns. 6  The nations rage, the kingdoms totter; he utters his voice, the earth melts. 7  The Lord of hosts is with us; the God of Jacob is our fortress. ”

You know, I feel for many of us, myself included, if we treated God as a first resort
instead of a last, then we would find ourselves having a much better time when it comes to making decisions. We often become so determined to complete a task that we don’t stop and ask the Lord for direction. We ignore our greatest supporter and defender all because it might cost us some time to stop and to wait. And yet, the final section of this psalm reminds us that God is ultimately the one to whom we should look. He is the one who determines the outcome of every situation and then promises to always be with us.

"Come, behold the works of the Lord, how he has brought desolations on the earth. 9  He makes wars cease to the end of the earth; he breaks the bow and shatters the spear; he burns the chariots with fire. 10 ‘ Be still, and know that I am God. I will be exalted among the nations, I will be exalted in the earth!’ 11  The Lord of hosts is with us; the God of Jacob is our fortress."

My prayer for each of you is that you seek the Lord for guidance in your life. I pray that
we would all slow down and discern His will before carrying out our actions. May we run the race that He has set before us but do so with all of the confidence of His strength, not our own.  May the promise “The Lord of hosts is with us” bring us strength and the endurance needed to not only run the race but to finish as well.  And may we avoid all of the pits and snares created by this world in order to derail us from the race we have been called to run.  “Be still and know that I am God.”