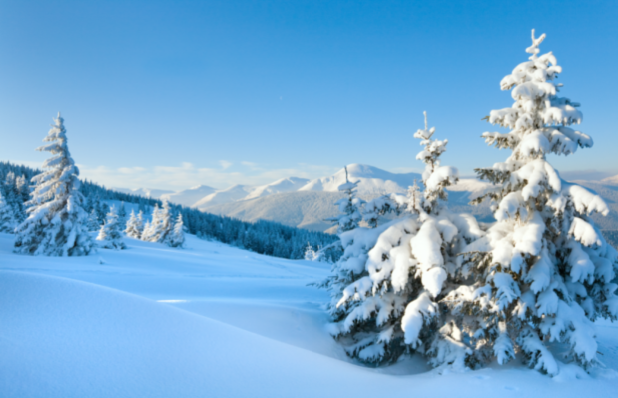 Living in the Midwest has taught me a great deal about living through actual winters. Growing up in the South, if there was a chance of snow at all, the best thing to do was to stay at home and keep away from the roads at all costs. We did not see a lot of snow growing up, and when we did it was almost always mixed with ice. Even so, snow became something to wish for simply due to its rarity.

Here in the Midwest, however, it is common to see a few snowfalls a year. And instead of getting overly excited about it you learn to simply slow down, not pump the brakes, and just treat snow like anything else. And because that is the norm around here, people tend to get where they need to be. It also helps that there is an abundance of snow plows and salt trucks to take care of the roads to minimize any potential danger from the snowy conditions.

As a child, we would romanticize snow due to the infrequent nature of it and the promise of closed schools. Now after living in the Midwest for several years, I see it simply as an inconvenience. Even so, there is still one aspect of snow that fills me with wonder.

I love seeing a neighborhood covered with fresh snow before it gets all gross from traffic. There is something almost magical about that layer of white that transforms a mundane yard into a winter wonderland.

The prophet Isaiah writing to the people of Israel uses this exact metaphor to describe the way that God’s love encompasses the believer and completely covers them and their lives. He says in Isaiah 1:18:

“Come now, let us reason together, says the Lord: though your sins are like scarlet, they shall be as white as snow; though they are red like crimson, they shall become like wool.”

While this section of Isaiah’s letter is actually about condemning the people of Judah for their unfaithfulness, there is this reminder again and again that forgiveness can only come through the Lord. He is the only one who can take their sins and wash them white as snow.

God still offers to cleanse anyone who comes to him and repents of their sins. It does not matter what they have done, his grace is greater. His love can completely cover them and though their sins are like scarlet, he shall make them white as the fresh fallen snow. This was purchased through the sacrifice of Jesus Christ. By his death, we may have life if we but trust in him by faith.

I encourage you to ponder this the next time you get to see a snowfall. Pick an object outside and watch it as the snow begins. See how little by little it gets covered up. And if there is enough snow and given enough time, watch how it will become completely covered. As you watch this, consider God’s transforming work in your own life. There is beauty in nature, especially when it reminds us of how much we are loved by our Father in heaven.